Holograms are the Next Video

Abstract: Volumetric media, commonly known as holograms, are the first new immersive medium for communication since images, audio, and video.  The emergence of such a medium is a rare and significant event, given that video (as television) first emerged over 90 years ago, audio (as telephony) first emerged over 140 years ago, and images (as photography) first emerged over 150 years ago; they were immediately put into commercial use; and they have impacted society profoundly ever since.  It is therefore worth divining the commercial and technical paths of the future of hologram communication.  In this talk, I will focus on hologram compression (covering the fundamentals of point cloud compression and recent standardization work) and delivery over networks for telepresence, live broadcast, and streaming media on demand.

Biography: Philip A. Chou has longstanding interests in data compression, signal processing, machine learning, communication theory, and information theory and their applications to processing media such as dynamic point clouds, video, images, audio, speech, and documents.  He did the first work on multiple reference frame video coding, he originated rate-distortion optimization for codecs, and he performed the seminal work on client-driven network-adaptive streaming media on demand leading up to Microsoft IIS Smooth Streaming and subsequent standards.  He is one of the inventors of practical network coding using random codes, and one of the inventors of wireless network coding.  He holds degrees in electrical engineering and computer science from Princeton, Berkeley, and Stanford.  He has been a member of the research staff or research manager at AT&T Bell Laboratories, Xerox PARC, and Microsoft Research.  He has played key roles in startups Telesensory Systems, Speech Plus, VXtreme (acquired by Microsoft), and 8i.  He has been an affiliate faculty member at Stanford, the University of Washington, and the Chinese University of Hong Kong.  He has been associate or guest editor for the IEEE Trans. Information Theory, the IEEE Trans. Image Processing, and the IEEE Trans. Multimedia.  He has been an organizer or technical co-chair for the inaugural NetCod, ICASSP’07, MMSP’09, ICIP’15, ICME’16, ICIP’17, among others.  He is an IEEE Fellow and has served on the IEEE Fellow evaluation committees of the IEEE Computer and Signal Processing societies, as well as on the Board of Governors of the IEEE Signal Processing Society.  He has been an active participant in MPEG, where he instigated the work on the file format, and contributed the algorithms and code used as the starting point for static point cloud compression.  He has won or co-authored best paper awards in the IEEE Trans. Signal Processing, the IEEE Trans. Multimedia, ICME, and ICASSP. He is co-editor of a book on multimedia communication.  He is currently with 8i.com, a startup spread across Wellington, Los Angeles, and Seattle, where he leads the effort to compress and communicate volumetric video, popularly known as holograms, for virtual and augmented reality. 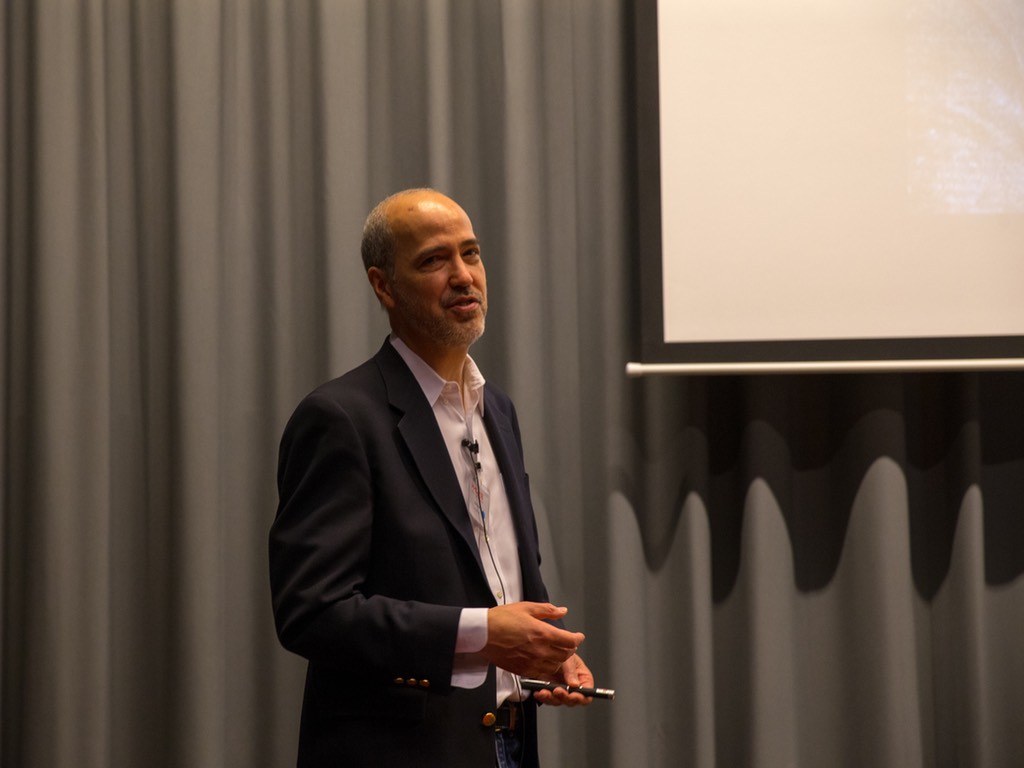 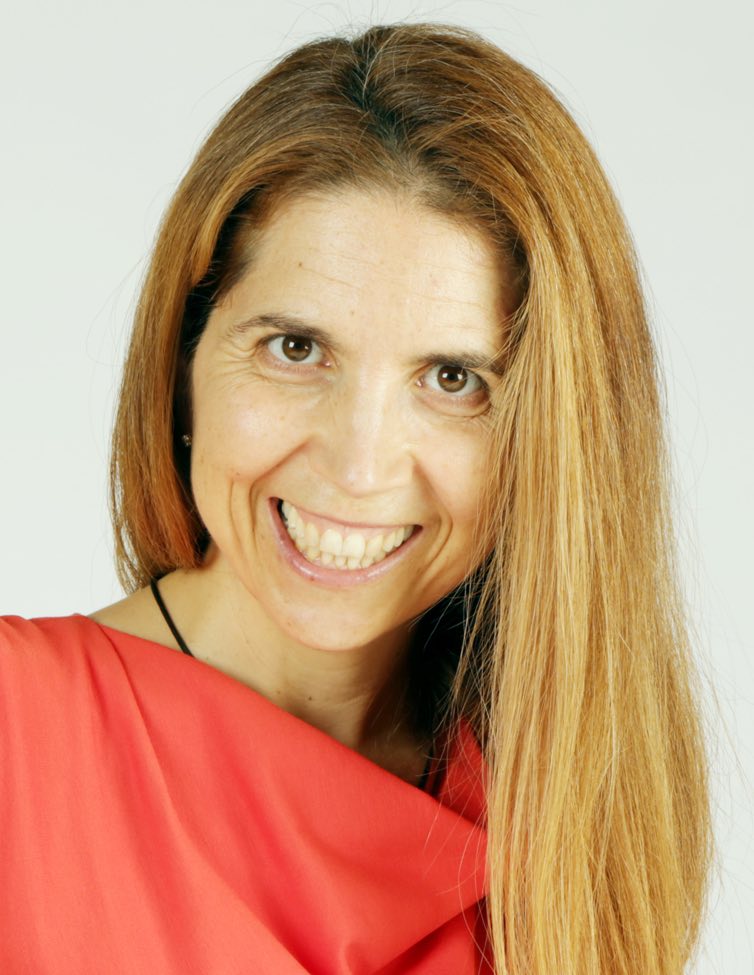 Abstract: We live in a world of data. A large fraction of this data is about human behavior, collected both by ubiquitous sensors in the infrastructure and by mobile phones. Such data streams offer an unprecedented opportunity to help us understand and predict human behavior at a scale. In my talk I will describe three projects that illustrate the value of pervasive data to help us model and understand certain aspects of human behavior. First, I will present a project on automatically segmenting the land use of a city by analyzing the occupancy data of a shared bicycle system. Next, I will describe a project where we automatically detect crime hotspots in a city through mobile data. Finally, I will highlight both the opportunities that pervasive sensors offer to help us achieve the 17 sustainable development goals and also the challenges that we would need to address in order to realize such opportunities.

Biography: Nuria Oliver, is Director of Research in Data Science at Vodafone, Chief Data Scientist at Data-Pop Alliance and Chief Scientific Advisor at the Vodafone Institute. She has over 20 years of research experience in the areas of human behavior modeling and prediction from data and human-computer interaction. She holds a PhD in perceptual intelligence from MIT. She worked as a researcher at Microsoft Research for over 7 years and as the first female Scientific Director at Telefonica R&D for over 8 years. At the end of 2016 she was named Chief Data Scientist at Data-Pop Alliance and in early 2017 she also joined Vodafone as the first Director of Research in Data Science. In addition, she is Chief Scientific Advisor to the Vodafone Institute.

Her work is well known with over 150 scientific publications that have received more than 13500 citations and a ten best paper award nominations and awards. She is named inventor of 40 filed patents and she is a regular keynote speaker at international conferences. She is an advisor to several computer science departments in Spain, UK and Portugal. She is also an advisor to the Spanish Government on the strategic research plan and on Artificial Intelligence and Big Data.

Nuria’s work and professional trajectory has received several awards, including the MIT TR100 (today TR35) Young Innovator Award (2004), the Rising Talent award by the Women’s Forum for the Economy and Society (2009), the European Digital Woman of the Year award (2016) and the Spanish National Computer Science Angela Robles Award (2016). She has been named one of the top 11 Artificial Intelligence influencers worldwide by Pioneering Minds (2017), one of Spanish wonderful minds in technology by EL PAIS newspaper (2017), “an outstanding female director in technology” (El PAIS, 2012), one of “100 leaders for the future” (Capital, 2009) and one of the “40 youngsters who will mark the next millennium” (El PAIS, 1999). She became a Fellow of the European Association of Artificial Intelligence in 2016 and an IEEE Fellow and an ACM Fellow in 2017.

Her passion is to improve people’s quality of life, both individually and collectively, through technology. She is also passionate about scientific outreach. Hence, she regularly collaborates with the media (press, radio, TV) and gives non-technical talks about science and technology to broad audiences, and particularly to teenagers, with a special interest on girls. 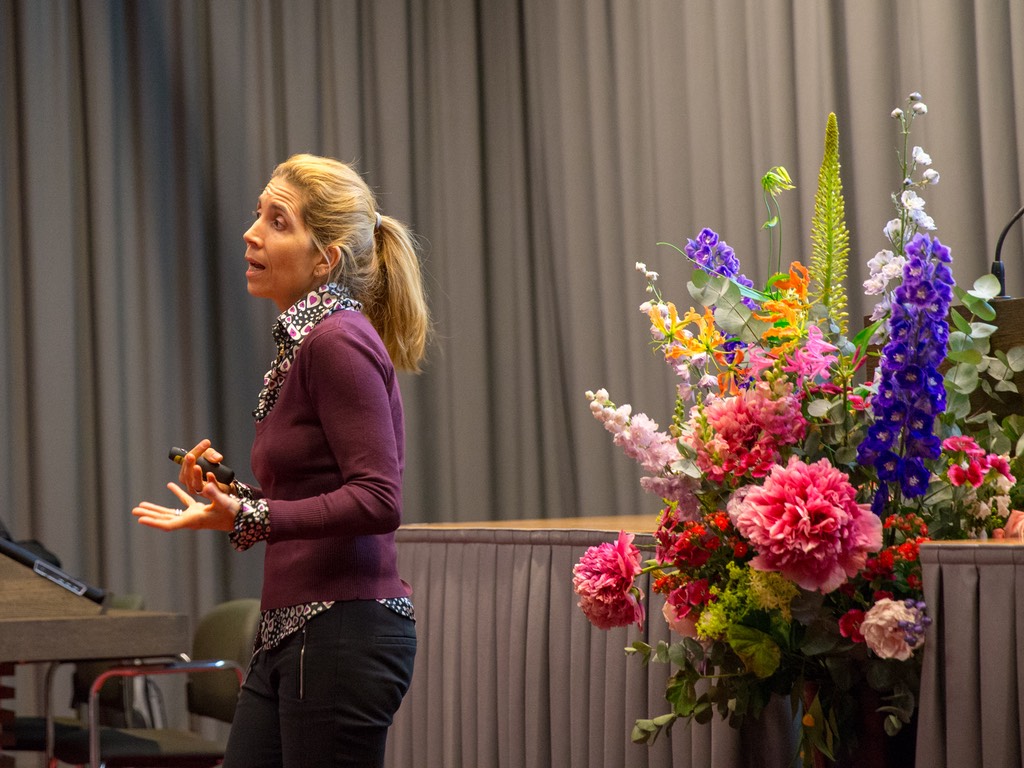 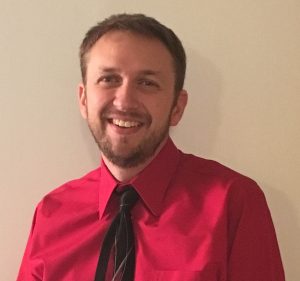 Abstract: Over the operational life of a large video service, codecs, formats, and digital rights management may all have to be changed to support different business needs, devices, or other technological advances. Adding or changing any one of these facets is a significant change for any service. Making changes to all three simultaneously while maintaining an uninterrupted service would seem to require feats of engineering heroics. We will explore how Comcast’s addition of HEVC, migration from HLS to DASH, and swapping of digital rights management solutions impacted its IP Video platform: what changes were needed to the architecture, and how we managed the transition of users across technologies.

Biography: Jason is the lead architect for strategic initiatives within Comcast’s VIPER (Video IP Engineering & Research) group. He has an extensive background in software and systems architecture as well as application development and systems administration. He joined Comcast 7 years ago and has lead design and development of many components of Comcast’s IP video solution. He is currently leading efforts to optimize and simplify Comcast’s IP video pipeline and prepare Comcast for the next decade of video delivery. His passion for innovation has led to multiple patent awards and filings in IP video. 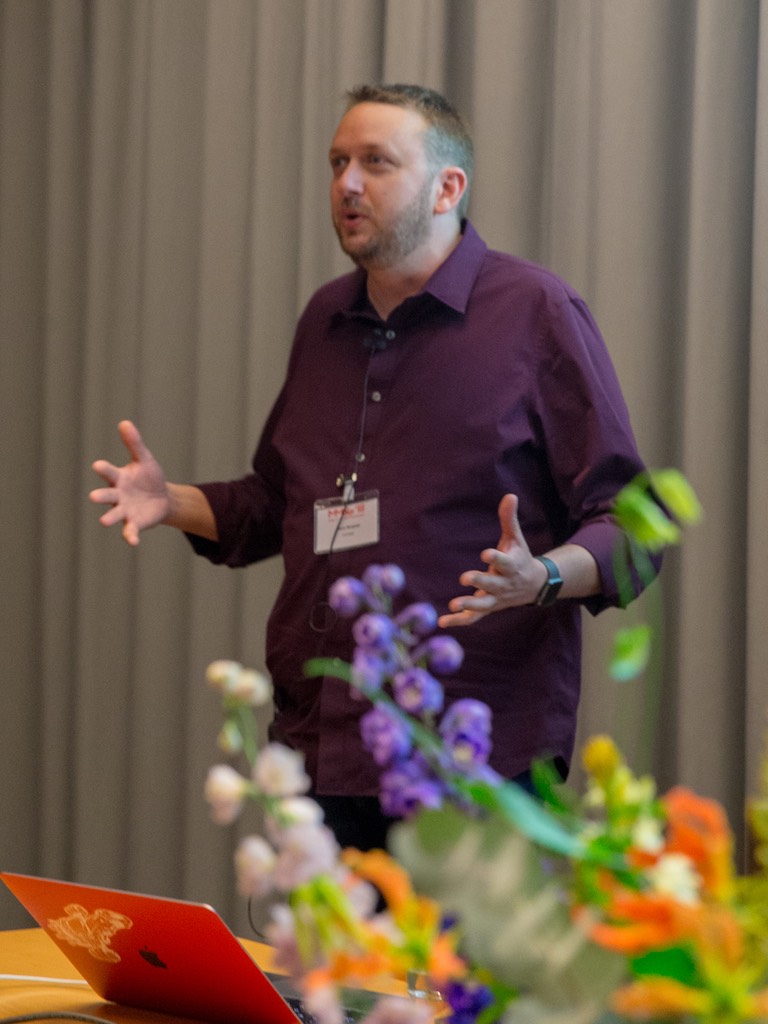 Saliency modeling in 360: why and how

Abstract: An extensive research work has been done in the last years to develop Visual Attention (VA) models for 2D and even stereoscopic 3D images and videos. The recent emergence and development of Virtual Reality and 360° content applications has led to the research on VA for omni directional content.  Reliable VA models are helpful in order to design efficient approaches for several applications, such as coding, streaming, foveated rendering, cinematography, movie editing, and Quality of Experience (QoE) evaluation. Furthermore, unlike traditional 2D viewing, users can freely explore the scene seeing different content according to their head positions. These novelties imposes to revisit the field of VA as it is difficult to directly apply models originally developed for traditional technologies.  In this talk, I will review the current status on VA attention for 360° contents, advances and challenges from user study to modeling and benchmarking.

Biography: Patrick Le Callet received both an M.Sc. and a PhD degree in image processing from Ecole polytechnique de l’Université de Nantes. He was also a student at the Ecole Normale Superieure de Cachan where he sat the “Aggrégation” (credentialing exam) in electronics of the French National Education. He worked as an Assistant Professor from 1997 to 1999 and as a full time lecturer from 1999 to 2003 at the Department of Electrical Engineering of Technical Institute of the University of Nantes (IUT). Since 2003, he teaches at Ecole polytechnique de l’Université de Nantes (Engineering School) in the Electrical Engineering and the Computer Science departments where is now a Full Professor. He led for ten years (2006-16) the Image and Video Communication lab at CNRS IRCCyN and was one of the five members (2013-16) of the Steering Board of CNRS IRCCyN (250 researchers). Since January 2017, he is one of the seven members of the steering Board the CNRS LS2N lab (450 researchers), as representative of Polytech Nantes. He is also since 2015 the scientific director of the cluster “Ouest Industries Créatives”, a five year program gathering more than 10 institutions (including 3 universities). “Ouest Industries Créatives” aims to strengthen Research, Education & Innovation of the Region Pays de Loire in the field of Creative Industries. He is mostly engaged in research dealing with the application of human vision modeling in image and video processing. His current centers of interest are Quality of Experience assessment, Visual Attention modeling and applications, Perceptual Video Coding and Immersive Media Processing. He is co-author of more than 250 publications and communications and co-inventor of 16 international patents on these topics. He serves or has been served as associate editor or guest editor for several Journals such as IEEE TIP, IEEE STSP, IEEE TCSVT, SPRINGER EURASIP Journal on Image and Video Processing, and SPIE JEI. He is serving in IEEE IVMSP-TC (2015- to present) and IEEE MMSP-TC (2015-to present) and one the founding member of EURASIP SAT (Special Areas Team) on Image and Video Processing. 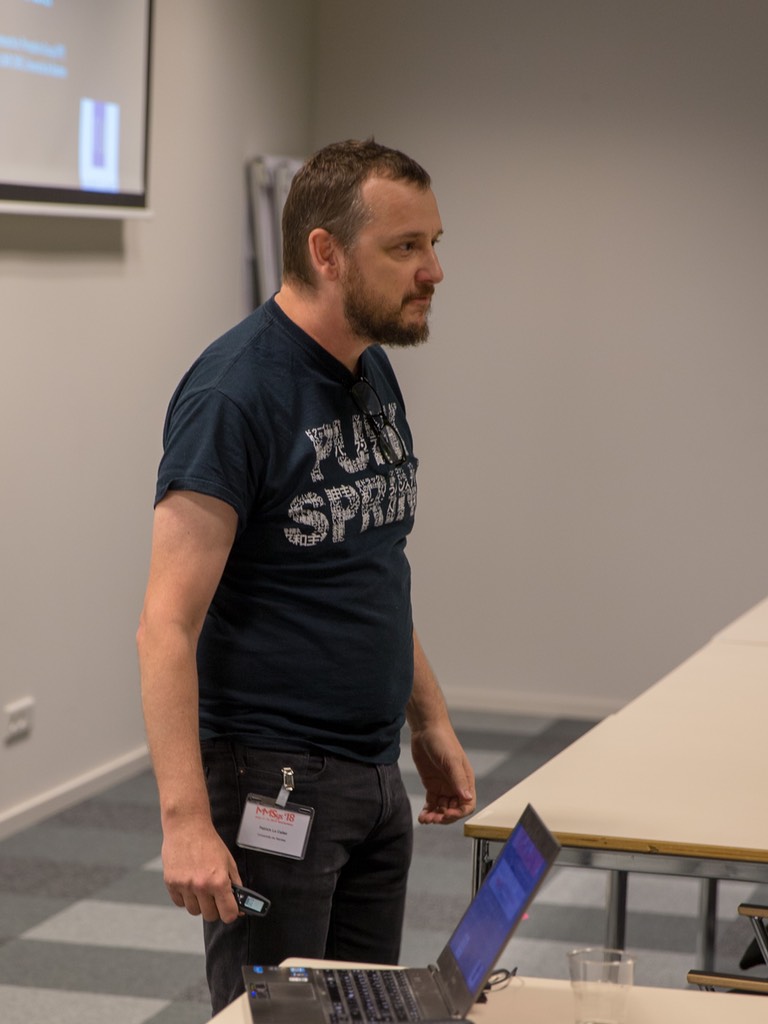 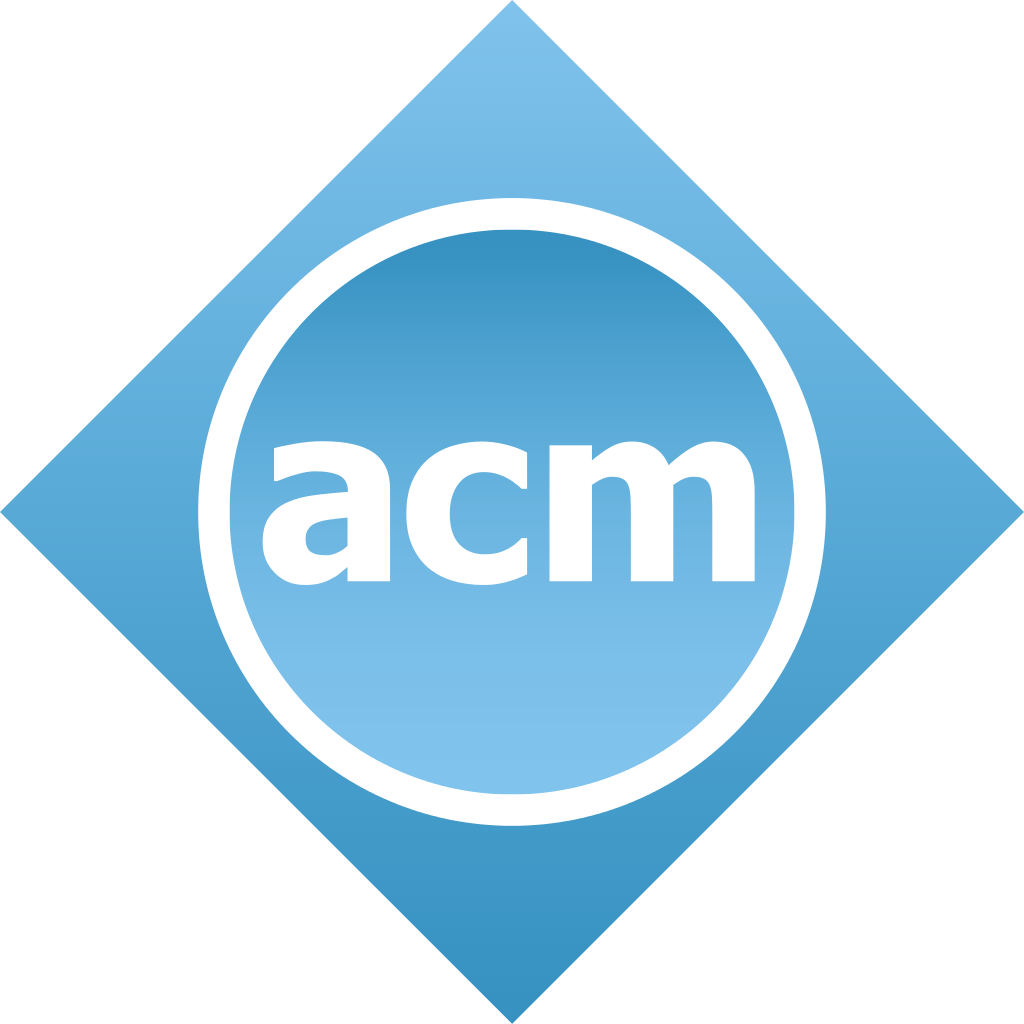 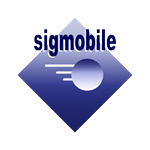 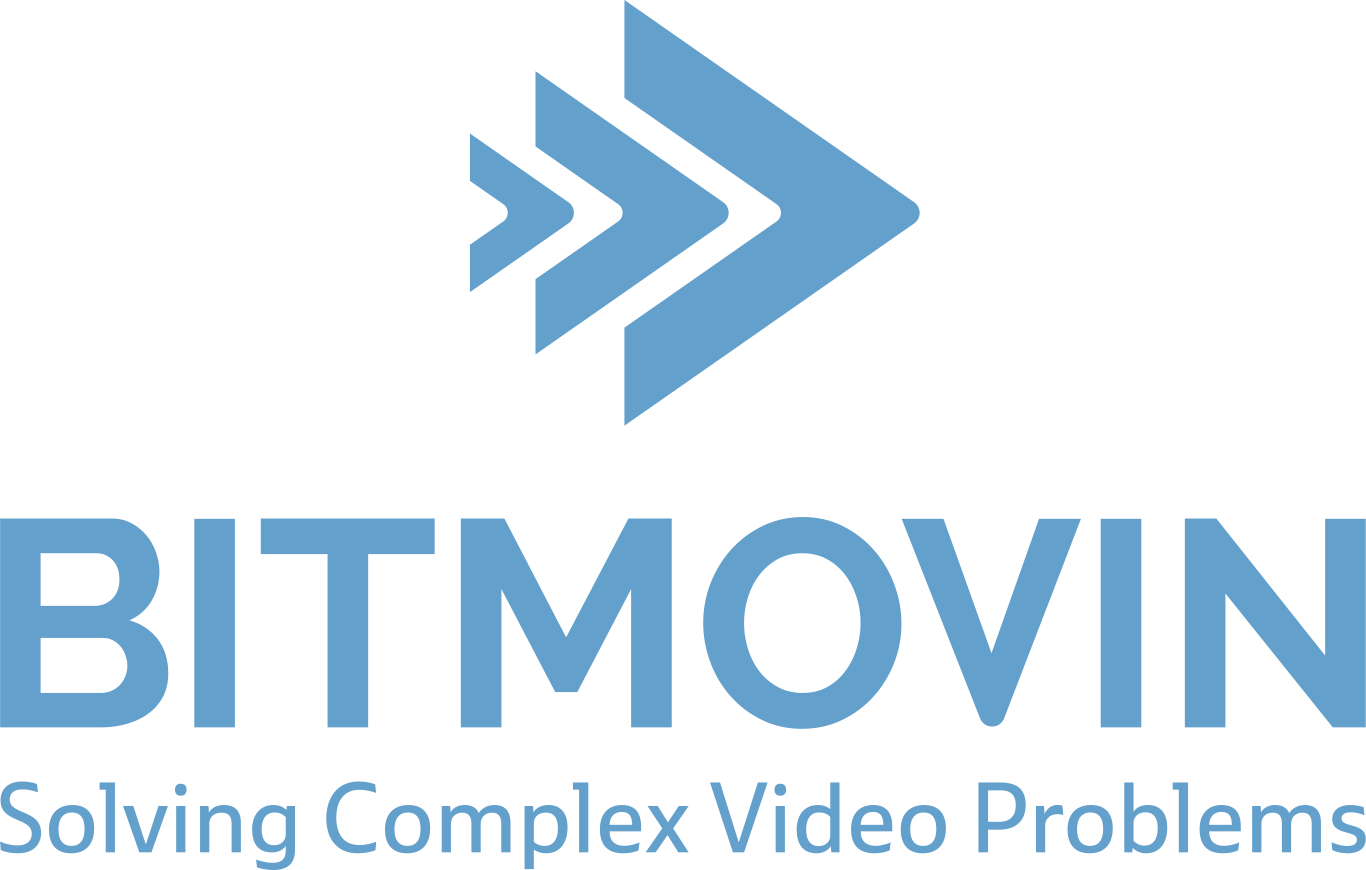 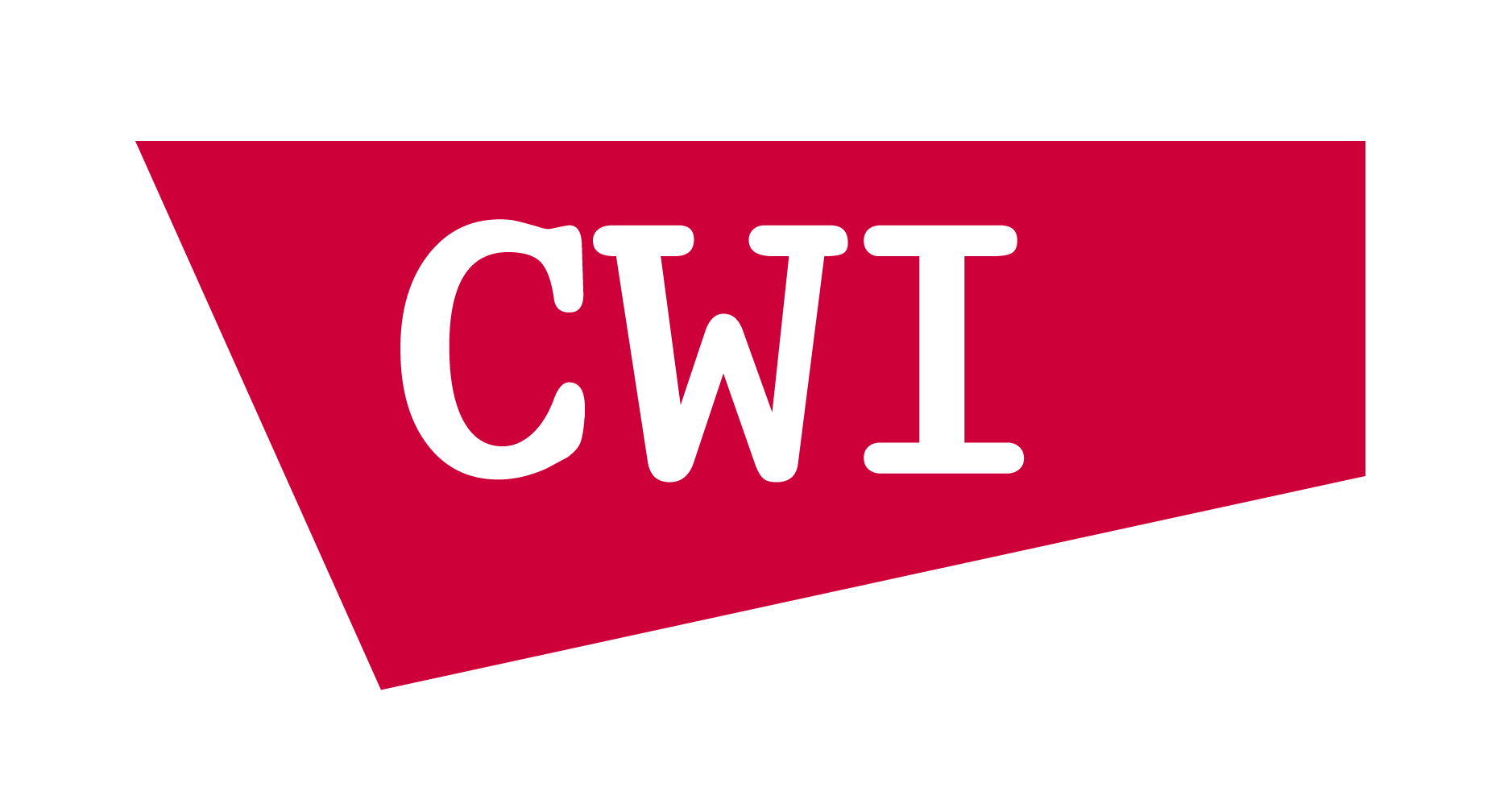